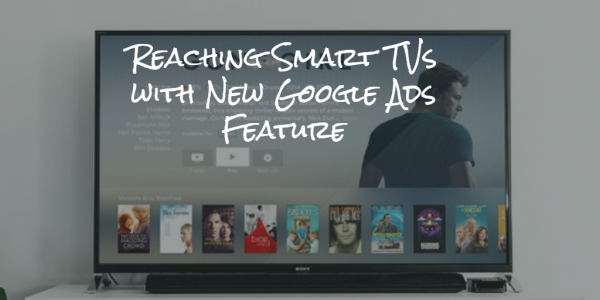 YouTube, the world’s largest video sharing website, has dramatically changed the way users interact with content. Never before has so much video content been so readily available to so many individuals at once. It is nothing short of a video revolution. With that revolution comes a nearly never ending list of user wants and demands, which Google, the site’s owner, seek to meet. In an attempt to provide users with the best viewing experience possible, Google keeps an eye on trends and follows them closely. This is of course, not easy. The way users engage with video is constantly changing, and Google wants advertisers to keep up. They expect their ad creators to mold their experiences to user demands. Two years ago, this led Google to introduce six second “bumper” ads.

And now, Google is responding to YouTube trends once again. What are these trends? What changes will they result in for Google Ads users?

Let’s have a look.

The once ubiquitous nature of “viral videos” shorter than 1 minute is no longer the norm for YouTube. Indeed, users now often spent several hours per day consuming long-form content on the platform. And if there’s anything that users dislike amidst a long session of content consumption, its frequent or long ad breaks. Google’s research has confirmed that users tend to respond better to advertisements that are short and relatively infrequent. If these metrics are followed, advertisers can expect less abandonment of content and higher rates of ad viewing. Sounds pretty good, right? In response to these trends, Google is introducing “ad pods”. Two ads stacked back to back, viewers will have the option to skip them right to their content if they feel that the ad isn’t relevant for them.

The elegance of this solution, according to Google, is its reminscience to the commercial breaks of old on television. By showing users two ads back to back, the need for ads to be shown later in their content is decreased. The company predicts that under this new model, users can expect up to 40% fewer interruptions per viewing session. Advertisers win as well, as early experiments show about a 10% increase in unique reach and a 5 – 10% increase in frequency for advertisers who use the new format. Ad pods will launch on desktop sometime before the end of the year, with mobile and tv devices following suit.

Also gone are the days of finding new YouTube videos mostly through shared links from your friends. More than ever, users turn to their home pages or feeds and look through recommended videos to find what it is they want to watch. New Google Ads features, such as TrueView video discovery ads, the Masthead, and Universal App Campaigns were designed with this trend in mind. Generally speaking, Google is trying to help your brand be discovered in users’ home feeds, the place they are most likely to look for their new content.

The advent of “smart TV’s” – that is, television sets connected to the internet have revitalized what was thought to be a dying medium. Users, according to Google’s numbers, watch an average of 180 million hours of YouTube on smart TV’s every day. The introduction of the new TV device type in Google Ads campaigns was conducted to keep up with this phenomenon. Google wants to help advertisers tailor their campaigns to this specific device and its possibilities. Take advantage of this massive audience, they say, and be rewarded with high user attention and massive reach.

Smart TV’s, self-directed discovery, and more time per viewing session on YouTube are just the latest in the never ending changes in viewer behavior on the platform. Google is encouraging its advertisers to stay on top of things with new tools for video advertising which seem to be highly successful. As always, keep tuning into the blog for updates and chances to stay on the cutting edge.

Ricky Noel is a Google AdWords Certified AdWords Professional, a proud employee of eBiz, ROI. as well as a full-time student at SUNY Geneseo, where he studies English, Education, and Theater. Ricky got into the internet marketing industry when his father, Rick, introduced him to Google AdWords and showed him the possibilities online advertising represented for business owners and web-users alike. Ricky began working with eBiz in the summer of 2016, between senior year of highschool and shipping off to college. Since then, he has worked remotely from school thanks to the wonders of Google Hangouts and high speed internet connectivity. His passions include reading, writing creatively and analytically, and performing in plays and musicals. He is also an experienced Dungeons and Dragons aficionado, holds Abraham Lincoln and George R.R. Martin among his personal heroes, and is really excited to help businesses grow and spread their message online.