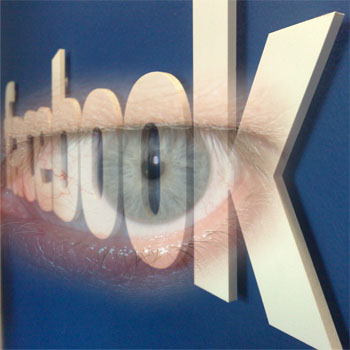 If you are a parent of a teen who uses Facebook, then some recent changes in privacy are worth paying attention to.

Facebook announced that it was relaxing its sharing rules for teenagers. Specifically, Facebook users between the ages of 13 to 17 now has the option to share photos, updates and comments with the general public on Facebook.

In the past, your teen’s information on Facebook was sharable with friends and friends of friends only. Though teens will have to actively select the public share option to and though they will receive a warning about sharing their information publicly and what that means, they now have the choice.

Teens will now also have the ability to make public their profile information that had once been restricted. This means that now anyone on the Internet can see your teens information should they decide to share it publicly. When sharing on Facebook, teens are not always considering the type of people who could be viewing their information and for what purpose they would be viewing it.

With this Graph Search feature, it is possible for Facebook users to search for all kinds of things such friends, photos of my friends, music my friends like and more.

All these Graph Searches picture above seem pretty harmless, right? OK, now consider this. Pedophiles could use graph search to locate minors who have made their profile information public, which based on the updates to the Facebook teen sharing policies, is now possible.

How does Graph Search work for minors?

Like adults, minors can appear in search results. We protect sensitive information, such as their contact info, school and birthday, from appearing in search to a public audience.

You’re reading the Desktop Help answer. Learn more in our other Help Centers.

Now that teens have the option to openly share their information with world if they chose, often without their parents knowledge or explicit consent, people with bad intentions now have a victim locator.

Child predators rely on knowledge of a target’s interests and situation to gain their trust and put them in a position to be exploited. Hopefully with this simple example, you get the idea of the potential exposure.

If you have ever watched Date Line NBC To Catch a Predator with Chris Hansen, then you are fully aware of how many child predators use the Internet as their tool of choice to connect with and lure victims. The relaxation of Facebook privacy restrictions for teens combined with Facebook Graph Search could be a dangerous combination if not monitored by parents.

How to Protect your Teen

Second, parents should friend their teens on Facebook, even if it means promising not to tag them in any embarrassing childhood photos, especially ones of them potty training. This will give you visibility into what your teen is sharing with the public.

Third, insist on your teen’s Facebook password so that you can log on to their Facebook account and see who they are chatting with and double check their privacy settings to make sure that they are not sharing information that could inadvertently put them at risk. This may not be a popular move, but remember, parents first, friends second.

Parents should also discuss with their teen Facebook users the risks of making their information public and how it can be easily search and targeted by those who have no legitimate need to access it. If readers have any doubts that there are bad people living nearby, conduct a few searches on the Family Watchdog National Sex Offender Registry website. Entering your home address then drill down into a few nearby offender mug shots. This may send chills up and down your spine, but will also motivate you to be alert. Explain to your teens how easy is is for the wrong kind of people to easily search and find victims based on information they share publicly.

Facebook is a great asset in over 1 billion user’s life and teens should have fun sharing things with friends and their friends. Being aware risks as parents helps us to mitigate those risks. Have fun while being careful.

Follow @ebizroi
We use cookies to offer you a better browsing experience, analyze site traffic, personalize content, and serve targeted advertisements. Learn more about how we use cookies and how you can control them by clicking "Learn More." If you continue to use this site, you consent to our use of cookies.Accept CookiesNoLearn More