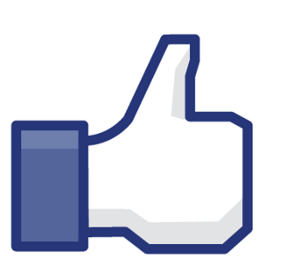 Facebook likes are earned, not owned media. Are you tilling the field for likes?

Running Facebook contents from your fanpage has always taken some wrangling, in part due to the restrictions in the Facebook Promotional Guidelines requiring all contests be created and administered within a Facebook app (application).

“Why we’re doing it? We want to make it easier for businesses of all sizes to create and administer promotions on Facebook, and to align our policies to better meet the needs of marketers”

The requirement that all Facebook contests had to be administered though apps has inhibited small to medium sized businesses from running these contests. This inhibition was due to the increased complexity and in some cases, costs, of configuring and using third party applications required to create and administer a compliant Facebook contest.

Others Facebook fanpage administrators use the beg forgiveness if we get caught model, risking the consequences of breaking the rules by running their contests outside a Facebook app.  Like when a policeman pulls you over in another city, state or country and gives you a ticket for something you didn’t know was illegal,  “ignorance is not a defense”.

Want to Run a Facebook Contest? Here is what you need to know

Facebook has removed the requirement that Facebook contests and promotions only be administered through Facebook apps. This is a significant change and opportunity for online marketers everywhere using Facebook contests to promote their fanpage.

Of course, businesses that want to can also still promote contest with Facebook apps, it’s just now they aren’t longer required to do so.

For example a small business owner can now:

What hasn’t changed, however, is that businesses cannot administer Facebook contests on their personal profile timelines and accurate tagging is required in all promotions. It is important to follow these promotion guidelines when running your Facebook contest.

“our promotional rules prohibit fanpage administrators from tagging or encouraging people to tag themselves in content that they are not actually depicted in.”

“we hope these updates will enable more businesses to use Facebook to launch their promotions.”

Here is an example Facebook contest that is now legal but would have violated the Facebook promotion guidelines in place prior to 27-Aug-2013.

Here is another example of a Facebook contest taking advantage of the Promotion Guideline changes:

Creating a Facebook contest natively within a fanpage is faster and easier than creating and administering a contest within a third party app . Additionally, as with all fanpage posts, Facebook contest posts are eligible to be displayed in the News Feeds of the people who are fans (i.e. have liked the fanpage) and can be promoted to a broader audience than through a Facebook contest administered through only an app.

There are still advantages to administering a Facebook contest through an app such as creating a more personalized experience, more in line with your branding strategy, more space and flexibility for content. Other advantages include the apps ability to collect data in a secure, structured way that may be appealing to advertisers, particularly larger consumer brands.

There has never been a better time to try to run a Facebook contest so those interested in growing their fanpage fan base are encouraged to explore creative ways to do so with our without an App. Now the choice is yours.